The Definitive Ranking of the Bridgerton Novels But let’s not forget where it all started: the eight-book Bridgerton series full of steamy smut that set this worldwide phenomenon in motion. So, how do you know which books have the plot and chemistry to keep you entertained? I have the answers below. Look, I know putting this as the #1 choice seems like I’m just really excited for the second season but let’s be real. This book shows a great relationship between Anthony Bridgerton’s intended (Kate Sheffield) and her family. Yes, she has a stepmother and stepsister. No, they’re not evil. In fact, they have a very loving relationship. How novel (teehee)! Plus, we had the whole first book to get to know Anthony, so we already feel empathy for his situation.

This book also has a “forbidden love” theme, since Anthony first has his eye on Kate’s sister, but they have a great connection, which is enchanting to read. You’ll notice forbidden love tends to be a theme throughout the series, but it’s not overused… at this point. It’s the one that started it all. Who can deny the novelty of “Gossip Girl” set in the Regency era? Plus, I only started reading the book after watching the Netflix series, so I imagined the inescapable chemistry between Regé-Jean Page and Phoebe Dynevor when following the story of Simon Basset and Daphne Bridgerton. While the book does follow some stereotypical romantic tropes, it does have enough nuance to keep your attention.

We would be remiss not to mention a majorly problematic part of both the series and book which ruined the story for some. Responsible sex education should involve a conversation about informed consent. Consent is a always must. If you are an assault survivor, there are many resources for you. If you’re a survivor looking for advice about rediscovering your sexuality, our contributor has an informative blog with great advice. We’re skipping ahead a little bit because it takes a while to get a more original story after the first few. We now move on to Francesca Bridgerton’s tragic story. Her first love was uncomplicated and happy. Then, tragedy strikes, and she’s left to grieve as a young widow.

Now let’s introduce Michael Sterling, the cousin of Francesca’s husband who has been in love with her from the moment he met her. What’s so entrancing about this story is that these two are great friends and have a history together. As always, there is a secret that is keeping the couple apart. As always, that secret gets resolved in a dramatic fashion. For those who watched the show, this may be the one you’re looking forward to most. We know and love the wallflower, Penelope Featherington. In fact, I adore Nicola Coughlan (anyone else love “Derry Girls?”). Also, this is when we get the big reveal of Lady Whistledown, unlike  the show, when her identity is revealed at the end of the first season.

My main issue with this novel is that I have an issue with Colin Bridgerton and his first-world problems. He has money, influence, and he gets to travel the world. I had a hard time empathizing with his plight, which is fine because to me because Penelope is the real star of the show. This book is notably different from the others. Unlike her siblings, Eloise Bridgerton basically decides to marry Sir Philip Crane sight unseen. Also, Philip’s children add a fun, mischievous side story as Eloise works to win them over. At a point in the series when it gets tiresome to read the same old “two people fall in love but don’t want to admit it yet” storyline, it’s nice to have variety.

Is it any surprise that the book involving a smart and determined woman falling in love gives me major “Jane Eyre” vibes? Plus, her significant other is a mysterious, moody man who had a disastrous first marriage. I don’t think it’s happenstance. You’ll see another book later on in the list that’s extremely similar to a well-known story. It just so happens that I like “Jane Eyre” more. After reading all these books back-to-back, this was a breath of fresh air. I really enjoyed reading Hyacinth Bridgerton’s story and learning more about her relationships, especially with Lady Danburry (the outspoken, fearless mentor to the Duke of Hastings in the first novel as played by Adjoa Andoh), who happens to be the other romantic lead’s (Gareth St. Clair) grandmother. If there’s one thing author Julia Quinn does well, it’s writing outspoken, smart women.

The great addition to this story is a mystery. Quinn usually likes to add in a mysterious past that keeps the couple apart, which she still does in Hyacinth’s story, but this mystery goes generations back and is all about hidden treasure, something that serves as a connection between Hyacinth and Gareth. It’s fun to see them work together and watch them slowly strengthen their bond. Gregory Bridgerton is different from his brothers and most of the leading men. He’s not a rake and believes in true love. Unfortunately for him, his love story will be quite the dangerous adventure.

I think Quinn gets a little over her head in this story. She tries to do A LOT. There’s treason, a kidnapping, a last-ditch effort to stop a wedding, an almost scandal that ends in a rushed marriage, and, finally, a happy marriage. Since this is the last book in the series, I think the author wanted to end with a bang. She certainly succeeded. It’s just not as enticing as the first few books where I had more interest in the character development. I like Benedict Bridgerton. He’s generally smart, nice, and a good leading man. But, his story is basically “Cinderella.” Since childhood, we’ve all gotten plenty familiar with the story. There’s the Disney classic, the Whitney Houston masterpiece, the Hilary Duff modernization… The list goes on. (I avoided the live-action Disney remake because I’m tired of the same old story!) This is only the third book and Quinn is relying on a played-out retelling of a classic fairytale? No, thank you.

That being said, I like Benedict’s romantic interest, Sophie Beckett. She’s strong, determined, and, despite her home life, still has hope. If you can get past the beginning, which will seem like a really, really familiar story to most of the world, it’s still a fun and romantic novel that whisks you away to a different time and place.

And there you have it! In my mind, there is no other way to rank the Bridgerton novels. But you may have a different opinion. You may think another series of historic romance novels leaves Julia Quinn’s in the dust. I had fun reading them… with my mom of all people. That’s the great thing about the series. We loved talking about the characters, love stories, and ridiculous situations. As new seasons come out, I’m sure more and more people will fall in love.

7 Signs of an Unhealthy Gut 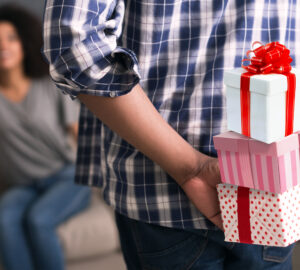 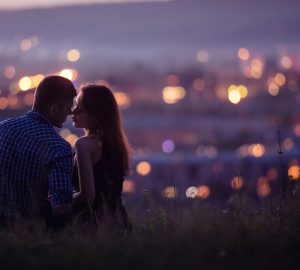